In 2014, the Awards applications came from all over Europe and covered an extraordinary range of topics in the field of DHC. Students participating in the competition had a very diverse background: from engineering and energy systems to environmental studies – which confirms the cross-cutting character of DHC. The 2nd edition saw a positive development in terms of geographical representation – even more so as the winners came from less prominent DHC countries – Spain, the Netherlands and Switzerland. Here are their names:

On the first place:

The two runners up:

On top of the research contribution of EUR 1000 for the 1st place winner, all three winners had the opportunity to present their work in front of over 200 participants of the 14th International DHC Symposium in Stockholm during a special ceremony at the Closing Plenary Session. Their work was published in the International EuroHeat&Power Magazine. 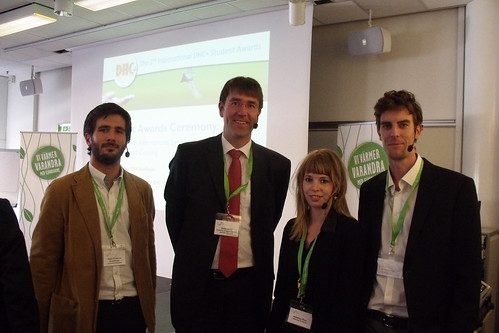