Click here to register for the launch event (8:45-9:30am CET) and/or sign up to receive the report.

Cities’ secret advantage in the energy transition is their ability to act swiftly and ambitiously to curb big polluters.

The majority of energy consumption worldwide happens in cities, a trend which is only likely to increase. In 2018, around three-quarters of global final energy use was concentrated in cities, compared to just 45% in 1990. Unsurprisingly, around 75% of total global CO2 emissions are produced in urban areas.

As energy consumers, managers of energy networks and energy producers, city governments play key roles in the energy transition. City actors are uniquely positioned to decarbonise high-polluting energy end-use sectors, like heating and cooling in buildings, and the transport sector.

Although efforts in the power sector have been the focus of news coverage, heating, cooling and transport account for the lion’s share of total final energy consumption worldwide. More than 80% of all energy used is located in these sectors: transport accounting for 32%, and heating and cooling for a massive 51%.

To increase the share of renewables in their own operations and infrastructure, city governments are switching to renewables for their municipal operations. Think: renewably powered and heated offices, recreation facilities, schools and public housing, renewably-powered street lighting, and entire municipal transport fleets running on renewables. 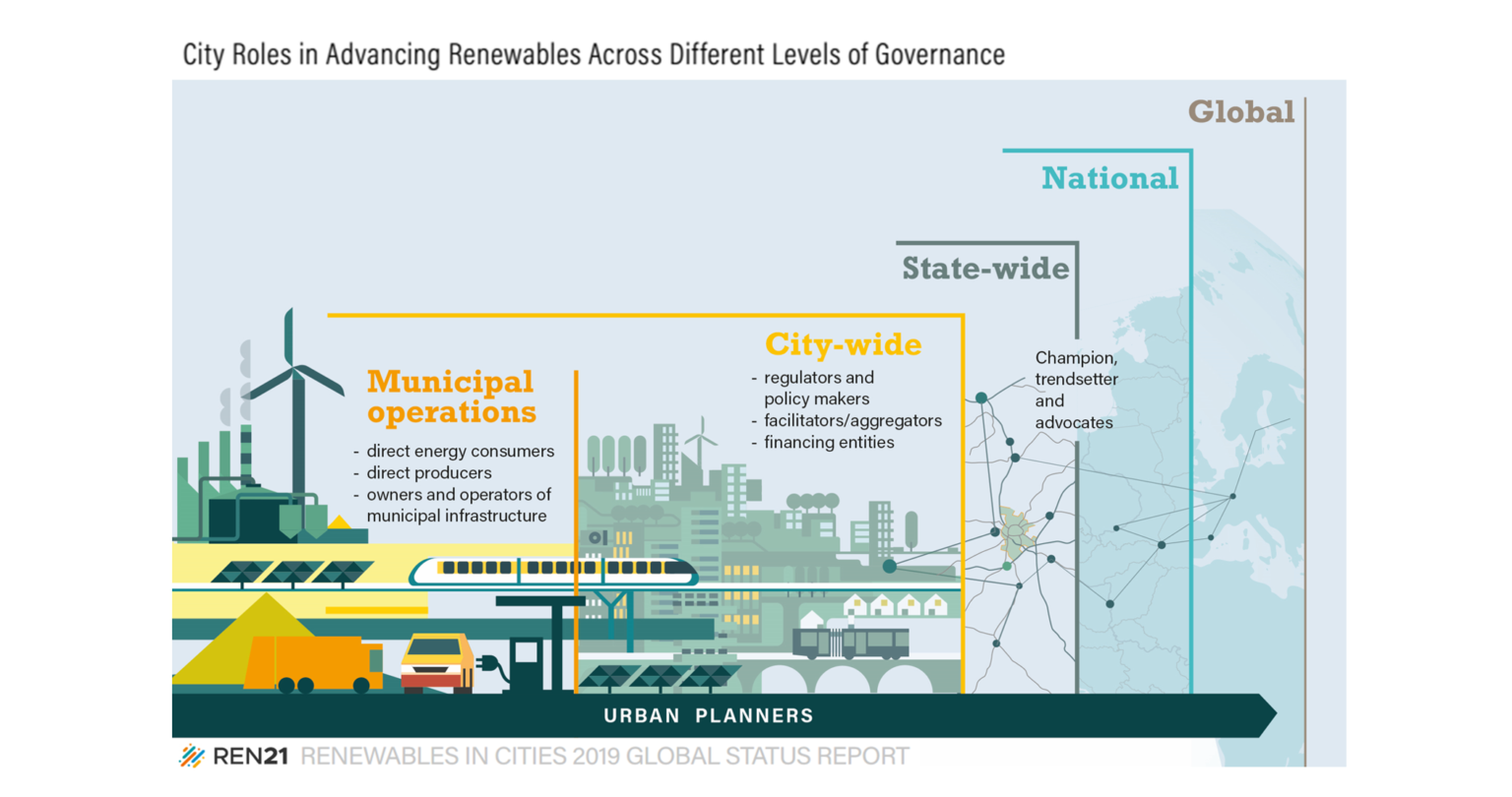