On the 7th of May, during the Euroheat & Power Congress in Nantes, the winners of the 7th International DHC+ Student Awards presented their research outcomes and received their prizes.

This year, 11 finalists from 8 countries were on the shortlist of the Evaluation Committee. A high-level jury composed of DHC+ member representatives from industry and academia carefully selected the top three submissions:

Winners will also publish their articles in the International EuroHeat&Power Magazine (issue III-IV 2019).

IEA DHC – the DHC research programme of the IEA

EnergyVille – a research collaboration between KU Leuven, VITO, imec and UHasselt for research on sustainable energy and intelligent energy systems 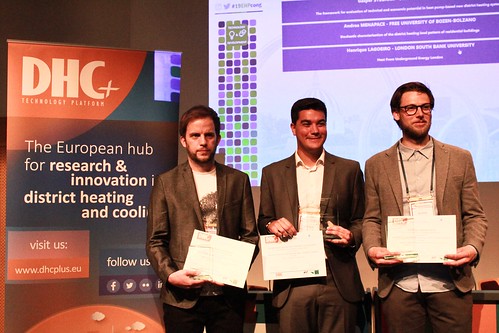