Roughly 25% of the urban population live in a city with a renewable energy target and/or policy. City governments around the world are increasingly using renewables to help fight energy poverty, reduce air pollution, tackle climate change, and improve public health and well-being.

Please note that this article and any associated images were originally published by the REN21, here. 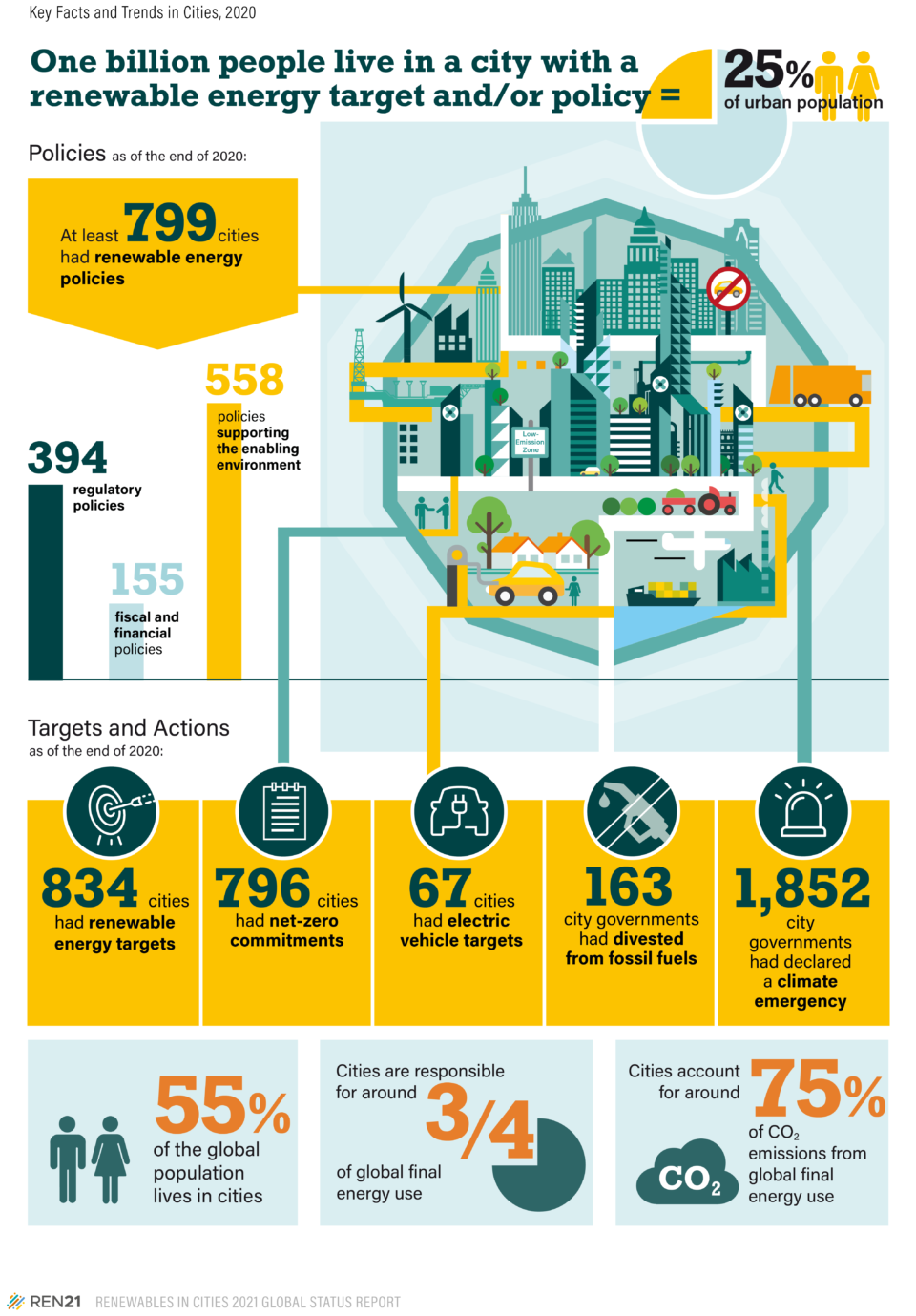 This report also includes key observations for our sector. Notably, the emergence of bans and restrictions on fossil fuels for heating in buildings, present in more than 53 cities worldwide and the observation that municipal governments are facilitating the expansion of district energy networks and the integration of renewable energy sources and waste heat.

We are delighted to confirm that Rana Adib, Executive Director of #REN21, will join our #21EHPcong programme as a panellist on May 5th for the session: Staying ahead of the Game: Cities in the (Thermal) Energy Transition. Learn more at https://www.ehpcongress.org/.